My order from TigerDirect turns out to be coming from the United States... which gave me one of those uh-oh moments wondering if the prices had been in US funds (which would have put me way over budget, not just a little over).

Anyway, the parts to repair/upgrade the computer are in-transit from Chicago now, ...

Spent most of the day (when I wasn't sleeping (I'm obviously not getting enough sleep these days)) tracking down bugs in the data-import mechanism. Honestly, I think I'm just trying to do too much with it. It allows for altering the planned objects as you are importing the data-set, generates an arbitrarily deep number of ...

I've just finished the move to the vrplumber.com domain. One of the things I wanted to do was to make sure that anyone linking to the old site would get redirected to the new site automatically.

I intend to keep the Rogers account around for a while, so I can put page-forwarding code on it. ... 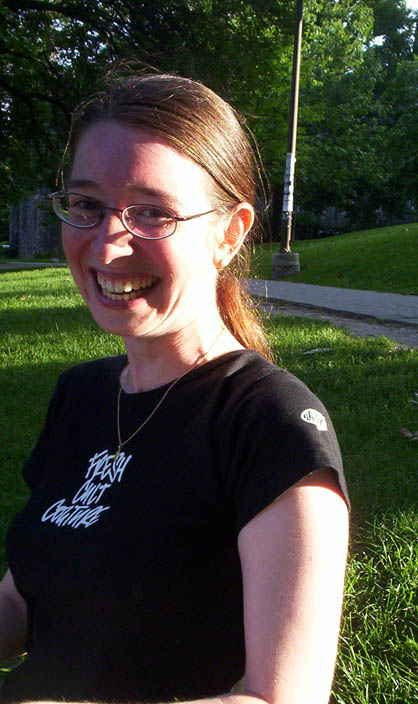 Merchant of Venice was more racist than I recalled. Fairly well presented, though we both found that the sections we remembered as the most effective were not particularly remarkable. Particularly, the "hath not a Jew" speech and the "quality of mercy" speech were fairly lack-lustre, which is somewhat surprising given the power of the text. ...

Since the Bruce Trail hike was canceled (both partners sick), I was contemplating spending the entire weekend working. I don't mind working, but it's unbelievably gorgeous outside, and I feel a little stupid sitting inside.

So, called up my former girlfriend to see if she felt liking going out for coffee. Instead she proposed going ...

Christopher Armstrong (a.k.a. Radix) has been playing with Soya 3D lately. Unfortunately, it's a GPL library, so of not particular interest to me, but apparently he's enjoying it.

Every so often I think I should really do some serious work on OpenGLContext, particularly on game-oriented features, so that it would be interesting as more than ...

As you can see from the URL you are now viewing, I'm moving into my new domain space. Update any URLs you have for the old blog to point to http://blog.vrplumber.com instead. Eventually I'll be moving my web-presence to http://www.vrplumber.com as well, but as I don't have useful CGI or Zope over on Rogers I ...

PySpelling is one of my projects that never got finished. I'd originally intended it to be an engine for Chandler, but wound up moving on to other projects. The core engine works fairly well (the algorithm is losely based on ASpell), but it's not the kind of thing Chandler needs these days.

For those who are interested in how to alter the ON DELETE/ON CASCADE features of a foreign key constraint. There's no need whatsoever to alter the system catalogs directly, I'd just missed the ALTER TABLE variant that drops constraints, namely "DROP CONSTRAINT".

Turns out that the drop commands are using the pg_depend table to decide ...

On Friday I made the mistake of trying to add ON DELETE constraints to a number of foreign-key field references. I wrote a little script that went through and altered the PostgreSQL system tables trying to drop the foreign-key references and then re-generate them with ALTER TABLE. Unforunately, that script messed up by not taking ...